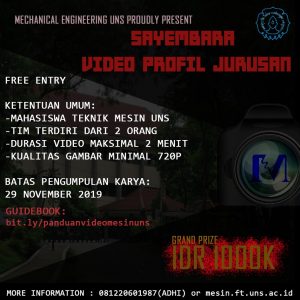 The contest made a profile video of the UNS Mechanical Engineering Study Program, which was held by a 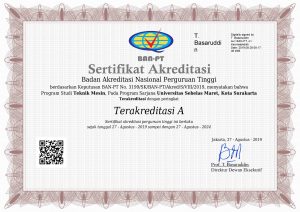 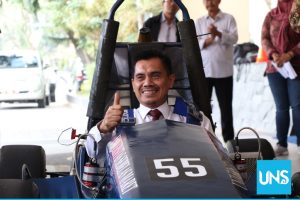 Student Formula Japan will be held on 27-31 August 2019 in Japan, UNS will send one representative to

The establishment of Mechanical Engineering Program (PSTM) of Engineering Faculty  of Sebelas Maret University had been started since 1996 by founding the engineering Skills Education Program (PPKT), which cooperated with Indonesia vocational training center (BLKI) in Surakarta, and seven staff recruitment process as lecturer in that year. Started with the establishment of diploma program (D3) on August 1997 and strenghtened by  the decree of minister of education and culture department number 33/DIKTI/Kep/1999 on 17th February, 1999. The establisment of Mechanical Engineering Program had been continued by the founding of the bachelor program (S1) since 1998 by the decree of General Directorate DIKTI number 53/DIKTI/Kep/1998 which had been continued to 2009 by the establishment of Magister Program (S2) based on General Directorate decree DIKTI DEPDIKNAS 2331/D/T/2009, and the last was the establishment of the Doctoral Program (S3) in 2016 based on the decree of Research, Technology, and Higher Education Minister number 62/KPT/I/2016 on 1st February, 2016.

Being an Internationally excellent study program in education, research, and community service in mechanical engineering field which is based on the noble values of the national culture. 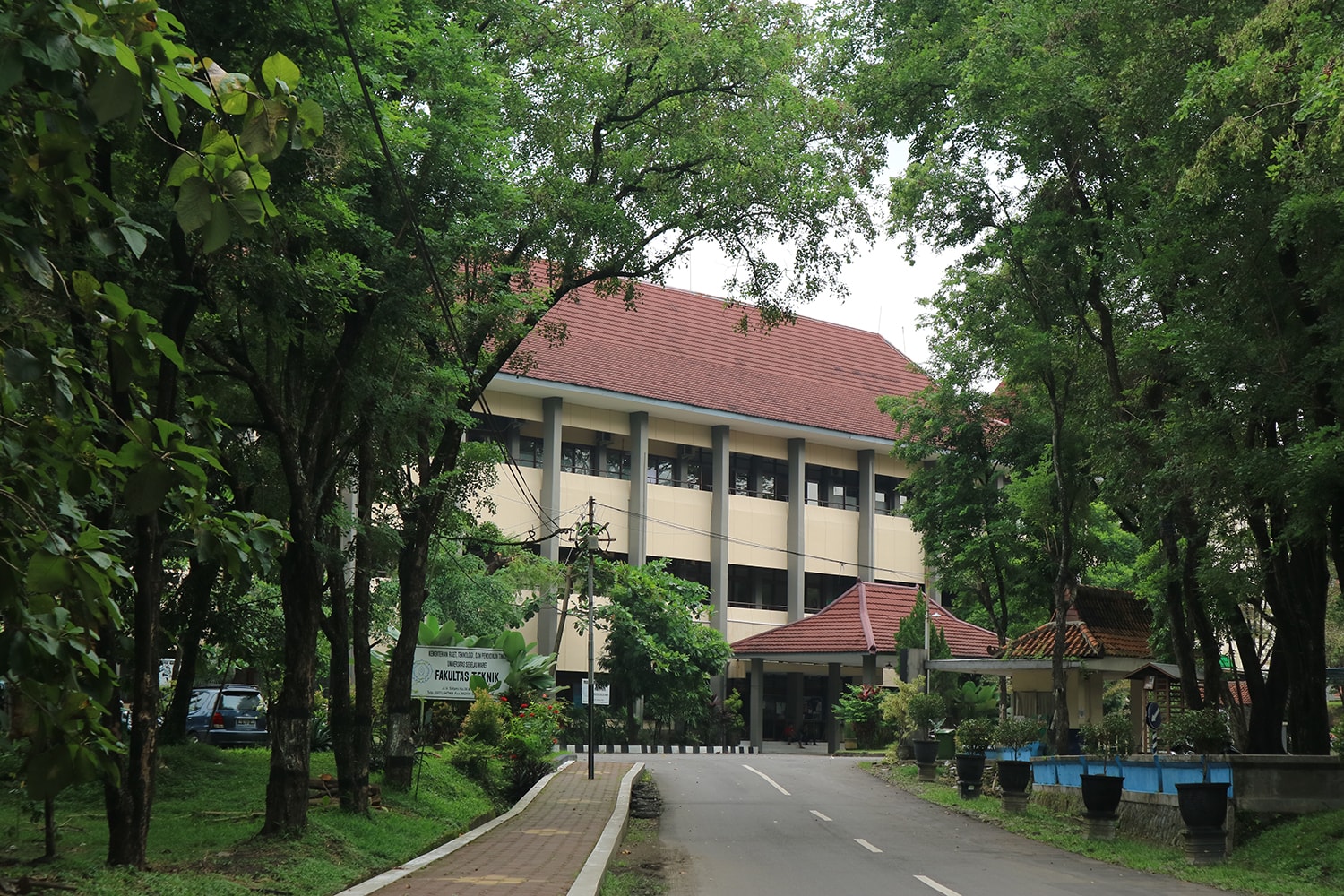